Please join me virtually for fun and informative classes

I am pretty sure the first question to arise will be, "What makes it Macho?" And that is logical! When I was a young pup line cook in Key West, I worked at a place that is still there called, "The Pier House". I learned a ton from that crew. Many of them had been to a first-class cooking school or had worked in the hotels of Europe. I had done neither. But when I like the flavors, I tend to pay strict attention. There was a marinade for fish we used every shift there and that is what is the "macho" in this lesson.

I have an exciting and educational new addition to my classes. My dear friend and wine expert Proal Perry has agreed to give wine recommendations for each month’s classes. Proal has done this with a few of my cookbooks. He is not affiliated with the wineries and receives no compensation…

I have an exciting and educational new addition to my classes. My dear friend and wine expert Proal Perry has agreed to give wine recommendations for each month’s classes. Proal has done this with a few of my cookbooks. He is not affiliated with the wineries and receives no compensation…

Hi fellow food and wine lovers! Continuing to give his expert and friendly advice for what recommendations he has is my long time friend and colleague Proal Perry. Proal and his wife Connie and I all work together in my Key West glory days.   Wine Pairing for Norman’s Grilled…

“The joy of the food is evident in a taped moment he shows me on a video camera monitor.  A fish merchant brought in a 100 lb. crab.  Norman’s enthusiastic and lively staff are gathered in the kitchen as the huge crab is held up by a fish merchant. … 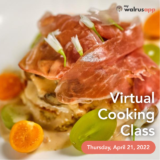 Hi All! My virtual cooking classes, “Cooking with Norman” continue on. Now we have the expert advice monthly from my dear, long-time friend and colleague Proal Perry! You can sign up right now for the April 21st class. I am cooking some favorites I know you will want to cook… 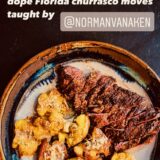 Greetings! I have begun hosting my virtual, online cooking classes, “Cooking with Norman”. If you’d like to join in all you do is register via our website and you will be sent a link via email. So easy! I am cooking in our home with cameras that show me, my… 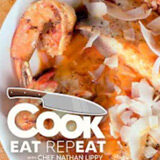 Hi All! I’m looking forward to you watching me and my friend Chef Nate Lippy of Blackstone Griddles cook some Kahala Fish with Brazilian inspirations! Let me know what you would like us to cook next time he and I are doing one of these videos!… 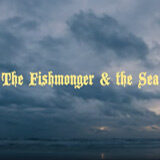 I had the great fortune to meet a fishmonger named Kelly Probst a few years ago. He had started a fishing business and it was clear that he was going about it in a way that spoke very clearly to what I look for in any raw product. If you…

“If the map of the world were a tablecloth, and I could choose a place at that table, I would sit at the Southern tip of Florida, at the nexus of North America and the Caribbean. My plate would touch Cuba, the Florida Keys, the Yucatan, the West Indies, the Bahamas, and South America. And, if time could tell, I would listen to the tales of voyagers, discoverers, traders and mystics who, in searching for “the Indies”, the Great Kahn and the riches of China, discovered something much more valuable and enduring, A New World of Culinary Treasures. Almost instantly, the cuisines of the Old World began to merge with foods of the new one; This evolutionary and inexorable fusion lies at the heart of New World Cuisine.”